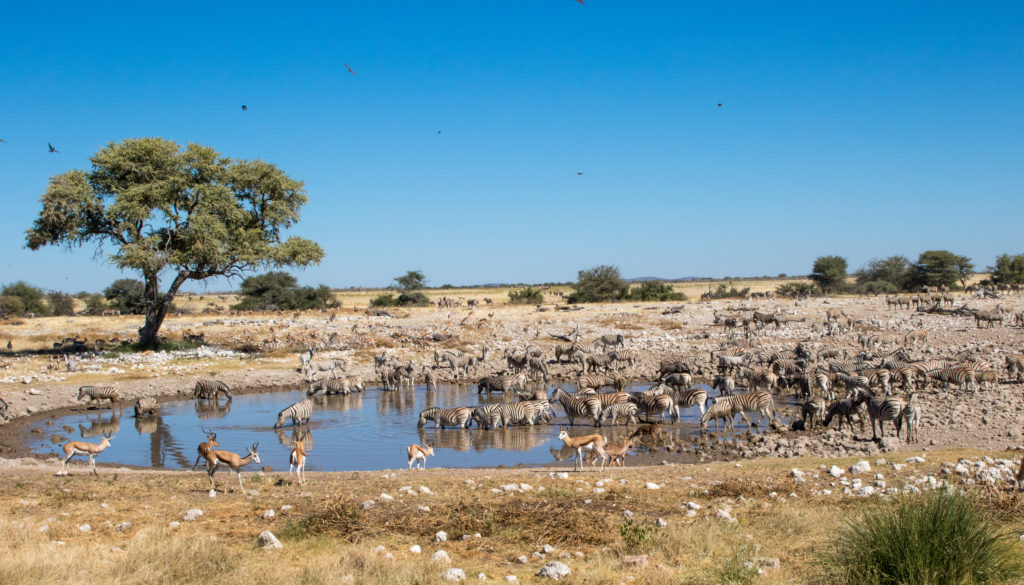 Whose who in the Enneagram zoo?

Enneagram Type’s animal archetypes is a fun way to explore and learn more about each type. I simply have to say that someone has “bull-like” tendencies and probably toughness, anger, a short-fuse, power and strength will spring to mind; all of which could be associated with a Type Eight. Then again a lion, representing courage, fierceness and being King of the Beasts, could equally be an Eight archetypal animal.

Troll through a search engine and you’ll see that different schools/teachers/authors will link different animals to the same Types. For instance I’ve seen an elephant being related to a Type Two, when in my book, I’d link them more to a Type Nine. So, it’s also what each person sees each animal type as symbolizing. Is a cat cuddly (Two or Nine) or aristocratic and beautiful? (Type Four). The point I’m making then is that this is not a defined science, but open to individual interpretation.

Some teachers/authors have likened Type One particularly to an ant or bee, neither of which are actual animals, so that doesn’t work for me. Who wants to be an ant rather than say a dolphin or a lion? Not me.

But, because it’s a fun thing to do and a great way to help remember each type’s personality here’s my interpretation:

Type 1: Beaver (ant or bee if you include insects)

Enneagram Type’s Animal Archetypes: Busy as a beaver: I’d go for a beaver on this one, because they’re hard-working, conscientious, and detail-orientated when it comes to building their lodges. They also school their children/yearlings into helping out and doing the same. As for bees and ant’s they are also industrious and stick to the rules of the hive or colony.

Caring, affectionate, loving and joyous Type Two’s could well relate to dogs such as Labradors, golden retrievers and other people-pleasing breeds, (although Sixes might want to claim the dog because of their loyalty). You could also argue that a bull-mastiff has more in common with a Type Eight than a Type Two, but I’ll stick with dogs here.

Threes are often referred to as the chameleons of the Enneagram, because they adapt easily to various environments. But chameleons also happen to be reptiles and I’m not sure I’d like to be likened to a reptile. More importantly, if you’ve ever watched them, chameleons are incredibly slow moving (except when that tongue emerges to catch a fly). Threes seldom have the patience exhibited by chameleons, so I think a male peacock is probably a better bet. (And yes I know it’s a bird.)

” It has been suggested that a peacock’s train, loud call, and fearless behavior served as an aposematic (advertising to other animals that they are not tasty foodstuff) display, to intimidate predators and rivals.”

So there you have a Three looking amazing and displaying their talents, in the latest (branded) peacock attire, advertising to would be predators or rival employees to back-off, as the Three is clearly going to emerge victorious.

Foxes have also been suggested as being representative of Type Threes. I’m guessing this is because of their traditional role in mythology as being tricksters—those who outsmart the hunter with charm, cunning behavior and stealth. As a trickster, foxes are often self-promoting, ambitious and expedient when it comes to getting their needs met.

So, Threes, the choice is yours: chameleon, peacock or fox?

Most people seem to agree on this one, and it’s one of the closest to the type. That a four is best symbolized by a cat. Cat’s are aristocratic and individualistic. They see their owners as being their servants—there to attend to their every need.

Cats are also very aloof, and any relationship that they choose to form, is entirely on their terms. One day they may be all over you; the next they barely greet you. This relates to the push/pull nature of Fours in relationships. Cats often ignore those wanting to fawn over them, and can’t keep away from those who’d rather avoid their attentions. They are focused on their own beauty and preening themselves. Unlike dogs, they are detached and moody. They are also extremely intuitive and pick up all the subtle nuances in a home.

Some do suggest a black stallion for nobility and breeding, but the cat wins this one as far as I’m concerned.

When it comes to Enneagram Type’s animal archetypes, it’s easy to see the link between the wisdom of the owl and Type Fives. One’s however may claim this animal as their wisdom totem. Owl’s observe the world hidden high in trees. Like Five’s who often have insomnia or prefer to work at night, owls enjoy the quietness of hunting(working) at night. Here, their attacks on smaller creatures can be brutal. (Have you been in an argument with a Type Five?) They take no prisoners and are mostly solitary creatures. Their discernment and perceptiveness has a group of them being known as a parliament. However in my association with politicians I’d say this is an unfair label for the bird (and Fives).

Hamsters, because of their love of hoarding, have also been associated with Type Fives. They are also nocturnal creatures and, if housed together, acute and chronic stress arises, which I’m sure most Fives could relate to.

I came across a family of meerkats in the Namibian desert. They were very tame and carefully checked us out before advancing. But even as one approached, others kept careful watch. In this arid terrain, they had to rely on each other. Few animals are as able to work together in a group to sustain themselves, look after their young and watch out for predators. Vigilant Meerkats appoint a sentry who finds a high viewpoint, and perching on its back legs, scans the horizon and sky for any danger, alerting others with a high-pitched squeal. They are extremely social and chatter away constantly to each other.

Deer are also Six related, due to their grace, and caution. Even while eating, they constantly scan the horizon for any signs of danger. And Alsatians because of their fierce loyalty and ability to protect those they love. Alsatians are also very alert and having owned one, they can be highly strung.

Type 7: Monkey, or butterfly if insects are included

Enneagram Type’s Animal Archetypes: Monkeys are busy, playful creatures, hence their Seven link. We talk about “monkey-mind,” a busy mind that is constantly imagining a new adventure. They’re also very spontaneous and social creatures like Sevens and enjoy a bit of mischief. Fun-loving monkeys never seem to sit still and are easily distracted. They also chatter away to each other like garrulous Sevens. Plus, being closer to humans, they are both clever and ingenious. I had one vervet monkey distract me, allowing his partner to leap through the car window and nick the crisps. Add to this their insatiable curiosity, and you do have very similar Seven traits.

As for the butterfly, undoubtedly that’s a reference to freedom and possibly not enjoying being cocooned for too long.

Let’s start with the cat connection. While I adore the beauty, strength and protective nature of a tiger, as King of the Beasts, I’d have to choose the lion to best represent a courageous, warm-hearted Type Eight.

The rhino is a good representation of a less healthy Eight. Rhinos will charge down pretty much any other animal with courage and determination. As with a lion, when a rhino appears at the water hole, the other animals take notice (and mostly leave). They are known to be thick-skinned and are extremely forceful. Nothing stands in their way. There’s just something about them that looks constantly angry. Yet I’ve seen them happily allow small birds (ox-peckers), to peck at the insects on their skin.

Their powerful horns have been horribly poached because of the misguided belief in Chinese medicine that they cure impotence and have aphrodisiac properties. In being hunted for their horns, they have become an extremely vulnerable species, mirroring an Eights’ vulnerability.

As for the raging bull, it’s easy to see the correlation. You don’t mess with one!

Whales swim slowly and peacefully through the ocean, feeding on plankton, with the exception of carnivorous Killer Whales (Orcas). Encountering these gentle beings in the ocean is a very memorable experience. Whales communicate in a complex way to each other, and although independent, usually hang around in pods. Everybody in the sea likes them—they have no natural enemies apart from man. Dolphins have also been linked to Type Nines, but I think the whale is a closer match.

Elephants: These huge animals are both social and engaging. Many African stories tell of elephants who have protected people from other predators. When the herd needs to cross a river, everyone gets involved with helping the younger elephants cross safely. Some Nines can lumber like elephants (SP). When pushed to do something they don’t want to do, like elephants they can stubbornly refuse to move. I found that out one safari when we spent nearly two hours in a truck waiting for a large bull to move out of the road.

Elephants and whales are both very nurturing like Nines as well as being highly intelligent and intuitive.

As for sloths, well they move at a languid pace and do sleep a lot, but we know that the laziness of a Nine is more often to do with a failure to show up for oneself than a permanent place on the couch.

Enneagram Type’s Animal Archetypes. There’s also the issue of wings, Instinctual Types, and integration (health) levels all of which may favor one animal over another. Calling someone a beaver or a sloth is sure to spark some controversy. The idea though was not to offend, (I really like my Enneagram friends), but to explore this fun topic. Let me know how you think, feel or act on the above.

And… Yes this post did provide a great opportunity to use my bush photos, I’ll agree. If you’d like to see some of my wildlife paintings click here.